GetApp announced Teamgate as #2 of the top 25 CRM apps


GetRank is GetApp’s quarterly ranking of the top 25 CRM apps based in the cloud. Each app is scored using five criteria, each worth 20 points, for a total possible score out of 100: User Reviews, Integrations, Mobile Apps,  Media Presence, Security. 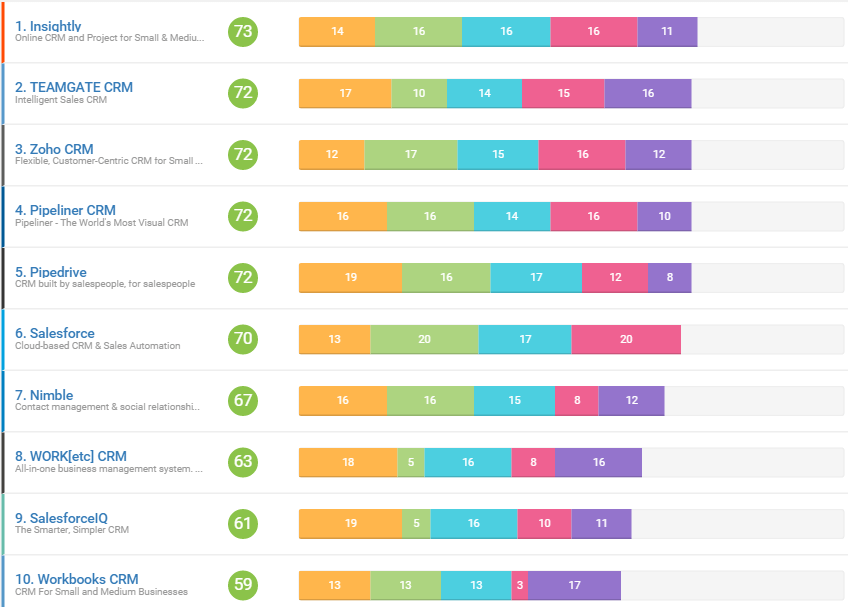 Each app’s GetRank score is completely independent of commercial interests and existing relationships that GetApp has with app vendors.

Along with GetRank, GetApp’s quarterly ranking of business apps within their category, reports aims to make the initial task of finding a cloud-based business software application easier. It identifies trends in the CRM, Customer Service & Support, and Call Center industries, the three focus categories of this quarter’s ranking under the broader umbrella of Customer Success.
Related: Teamgate becomes CRM & Sales Management Category Leader! and GetRank Research & Key trends for 2016

User reviews– based on the number and quality of reviews on GetApp.

Integrations– based on the number of integrations with other apps listed on GetApp.

Mobile Platforms– based on the availability of an Android and iOS app and its rating in Google Play and the App Store, respectively.

Security– based on a security survey developed by GetApp in collaboration with Microsoft, modeled on the Cloud Security Alliance self-assessment form.

For a full report on GetRank check out the information on GetApp, while pressing on the picture: 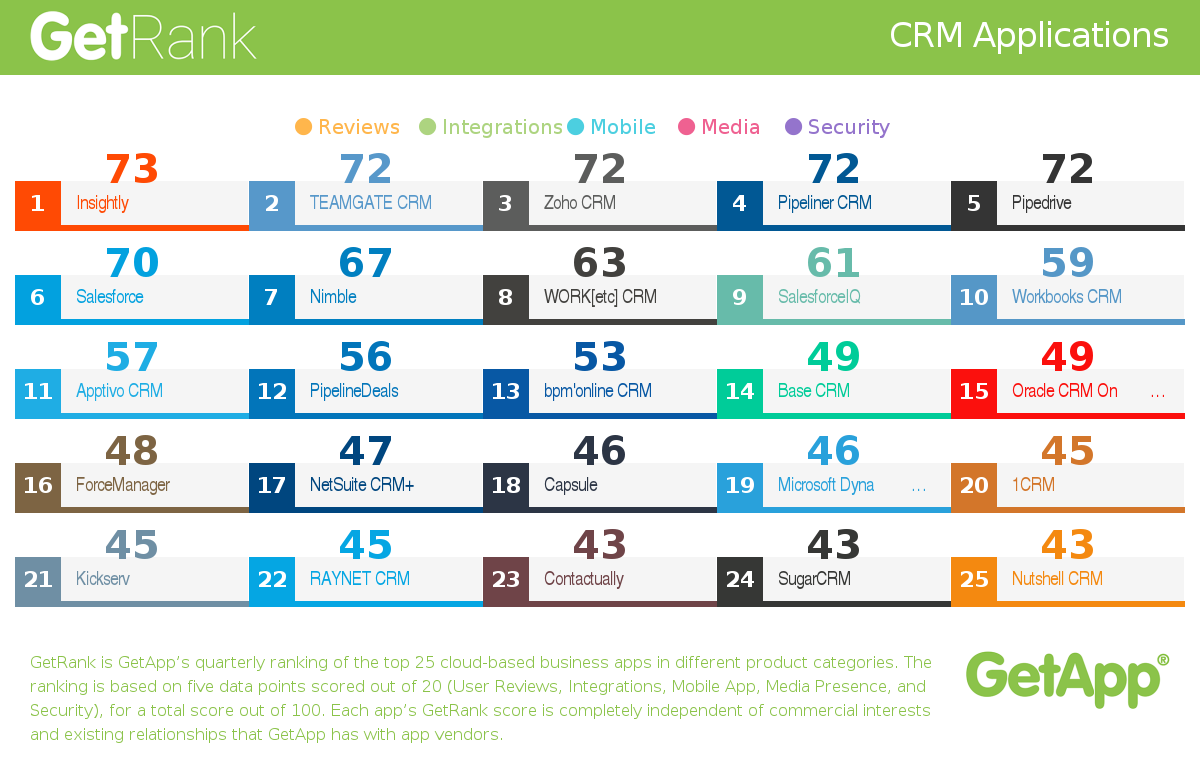