GetApp Announces Teamgate as #3 of the Top 25 CRM Apps

We are pleased to announce that Teamgate recently received some more great awards!


GetRank is GetApp’s quarterly ranking of the top 25 CRM apps based in the cloud. Each app is scored using five criteria, each worth 20 points, for a total possible score out of 100: User Reviews, Integrations, Mobile Apps availablility,  Media Presence and Security. 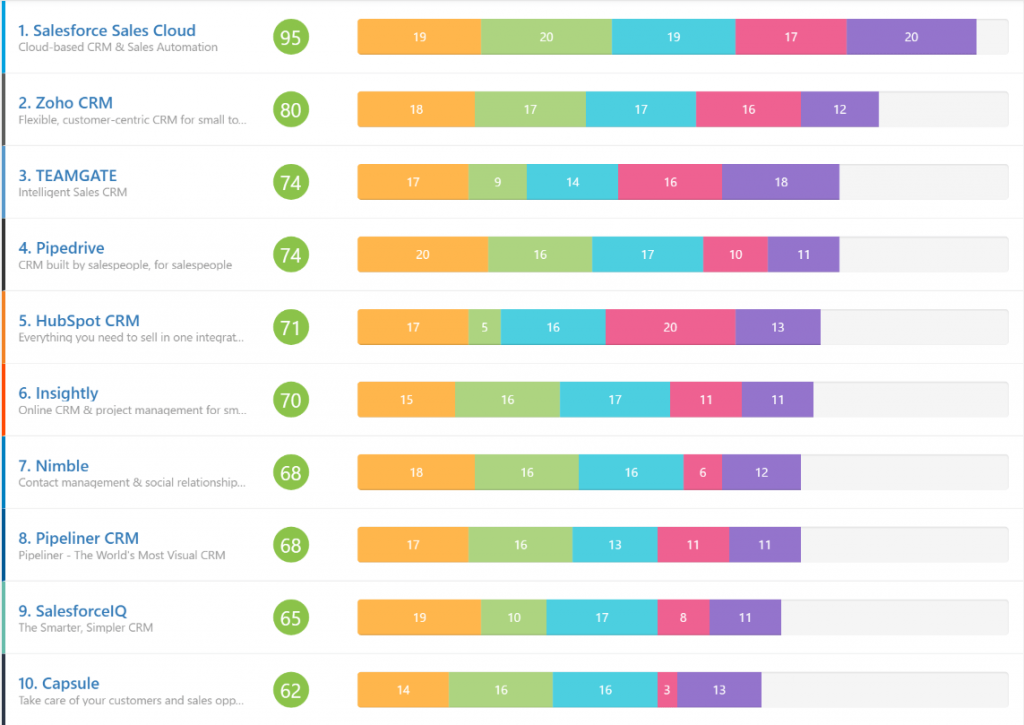 This ranking is for business owners and decision makers looking for a first glance at the leading cloud-based CRM software in the industry. The data serves as a point of reference highlighting the key factors that small businesses should look at when first analyzing a piece of software.

User reviews– The score for user reviews is calculated using a Bayesian estimate, which is a weighted average that includes the number of reviews and the rating of an app, benchmarked against other apps in the category.

Integrations– based on the number of integrations with other apps listed on GetApp.

Mobile Platforms– based on the availability of an Android and iOS app and its rating in Google Play and the App Store, respectively.

Security– based on a security survey developed by GetApp in collaboration with Microsoft, modeled on the Cloud Security Alliance self-assessment form.

In the event of a tie, each data point is weighted for importance, with security taking precedent, followed by reviews, integrations, mobile apps, and media presence, respectively.

For a full report on GetRank check out the information on GetApp, while pressing on the picture: 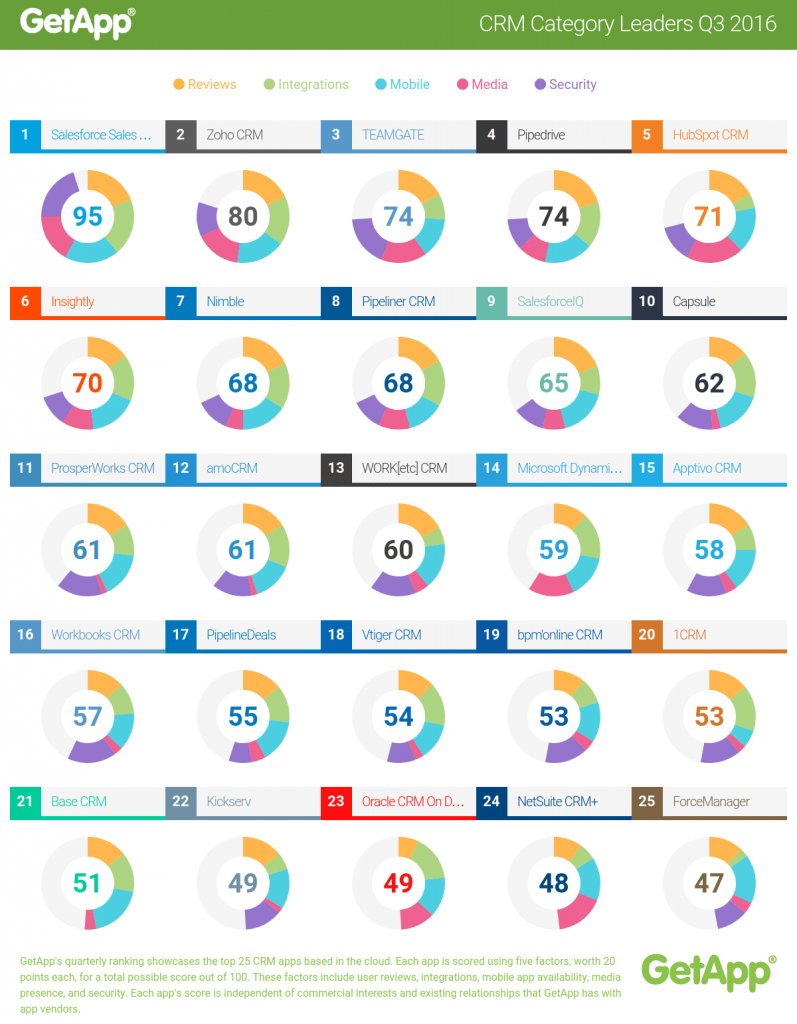 Chris is a marketer and a growth hacker here at Teamgate. He writes everything about sales management, online marketing, awards and the best new features coming out.