The Best 15 Sales Movies for Salespeople

There is something incredibly satisfying about watching a movie depicting the strategic dance between a salesman and a customer.

Hollywood has been cashing in on this for years – romanticizing, victimizing and glorifying the sales rep’s profession and as a result, there’s a hefty bunch of incredible films made to inspire the salesman in you.

So, sit back, relax and enjoy the list of the best sales movies of all time down below!

The Wolf of Wall Street 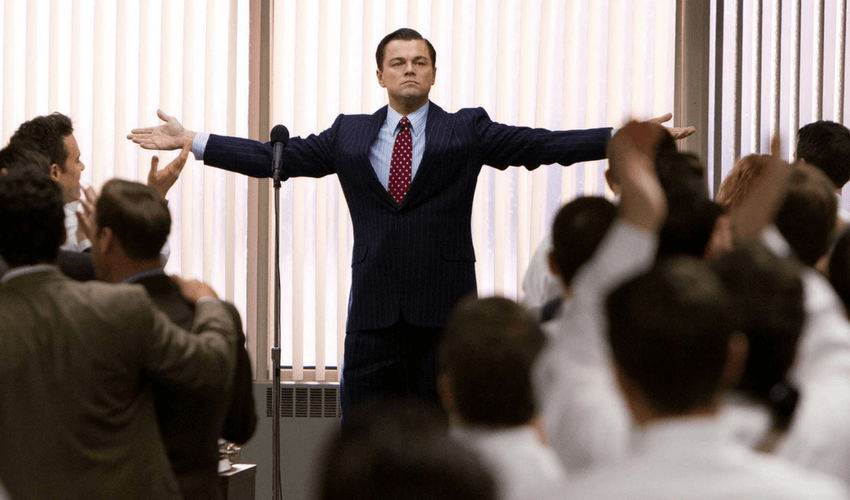 The film tells a true story of Jordan Belfort (Leonardo DiCaprio) and his unlawful success as a Wall Street penny stockbroker. After accepting an entry-level job on Wall Street in the late 80s, he establishes his brokerage firm Stratton Oakmont while still in his 20s. Together with his band of brokers, they succeed in defrauding wealthy investors out of millions.

The takeaway: The story of the Wolf of Wall Street is one of the best sales movies to emphasize the power of the telephone. Belfort built his entire empire on it! Research shows that 80% of sales require five follow-ups so don’t get discouraged if things don’t work out right away, keep pushing!

In this one of the best sales movies of all time, a successful sports agent loses his job after experiencing a crisis of conscience. Armed with his new philosophy, Jerry (Tom Cruise) goes solo, starting his management company. Banking on his single client Rod Tidwell (Cuba Gooding Jr.), Jerry and his partner Dorothy are desperately trying to make their business work.

The takeaway: Ethical selling is necessary. Your goal is to help your client first, so consider their success your own, and you will succeed in landing clients for life.

The movie follows the rise and fall of the notorious arms dealer Yuri Orlov (Nicolas Cage) who goes from selling handguns in New York City to stocking up rogue nations with guided missiles. This darkly comic thriller is a depiction of the emergence of terrorism and the moral battle of the black and white.

The takeaway: Although the morals of the movie are somewhat questionable, this film will teach you a lesson or two about creating and caring for your customer relationships. Nurtured leads rein in 47% larger purchases than non-nurtured leads, so invest time and effort when dealing with your clients.

You may also like: 22 Sales Statistics To Help You Sell Better

Life is a struggle for Chris Gardner (Will Smith) who finds himself out of a job and a home with his young son after many unlucky financial breaks. In one of the best sales movies, we follow his unwavering pursuit of a better life, which eventually lands Chris an unpaid internship at a prestige brokerage firm.

The takeaway: Get inspired and stay focused on your sales goals by tracking your productivity. Employ one of the handy tools like RescueTime to figure out how to maximize your potential by finding out when you are most productive. 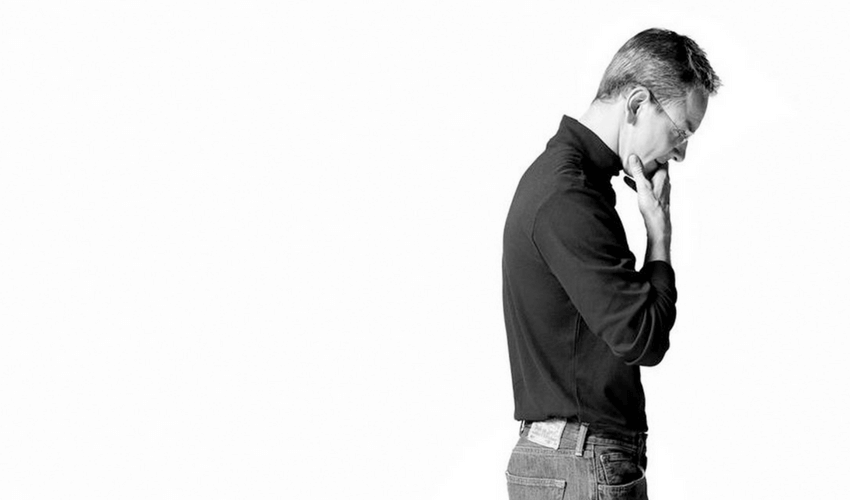 The excitement before the unveiling of the first Apple Inc computer is through the roof, but Jobs is struggling to deal with the situation related to his ex-girlfriend Chrisann Brennan and their daughter Lisa. Later fired from Apple, Jobs starts over with his new company NeXT Inc and slowly makes his way back to Apple to reinvent the computing world once more.

The takeaway: Perseverance is the key to success in sales, and the story of Steve Jobs could not be a more fitting reminder of that. So embrace failure, learn from it, and start over.

After being served with the lowest constraint in baseball, Billy Beane (Brad Pitt) the manager of the Oakland’s A baseball team faces the challenge to outsmart the conventional baseball wisdom. Together with Ivy League graduate Peter Brand (Jonah Hill), they compete against richer clubs by using statistical data to recruit flawed players with winning potential.

The takeaway: In sales, like in the movie, it’s all about the numbers. Only 67% of sales reps hit their sales goals, so it’s worth it to invest in tools like Teamgate to track your performance and set short-term goals, because when the numbers are in your favor – great things happen.

This David Mamet’s classic about a team of desperate real-estate salesmen in Chicago. There is no lack of smugness from Kevin Spacey’s role as the manager of prospective leads and Al Pacino’s exhilarating Oscar worthy performance as Ricky Roma. The exciting and sometimes terrifying manipulation techniques on their naive clients are what lands this film on the best sales movies list.

The takeaway: The movie is a misanthropic account of the extent most sales reps succumb to for the sole purpose of closing a deal. There’s a thin line between taking risks and being reckless, but with CRM tools, you can track your sales pipeline, manage your opportunities and figure out when it’s time to give an extra push.

Two clueless entrepreneurs come up with a cunning plan to defraud the US government and become arms dealers in the far east. They start out small but soon find themselves in over their heads when they land a $300 million contract to supply for the Afghan forces.

The takeaway: This hilarious and sometimes slightly disturbing film makes it on the best sales movies list because of the valuable lesson it can teach you – having an idea is worthless, what counts is the execution. 9 out of 10 startups fail because they fail to meet their customer’s need, so ensure that whatever you bring to the table is of value to your client.

This film is a true story of how the McDonald’s brother lost their business to the cunning salesman Ray Kroc (Michael Keaton). Once Ray saw the potential of the small operation run by the brothers, he took over the business and turned it into a multi-billion dollar empire.

The takeaway: The movie is a reminder to think big and visualize your success. According to a Harvard Study, those who set specific long-term goals perform 30% better than those who don’t. Ensure you set achievable and realistic sales goals and use tools like Trello to track your and the team’s progress. 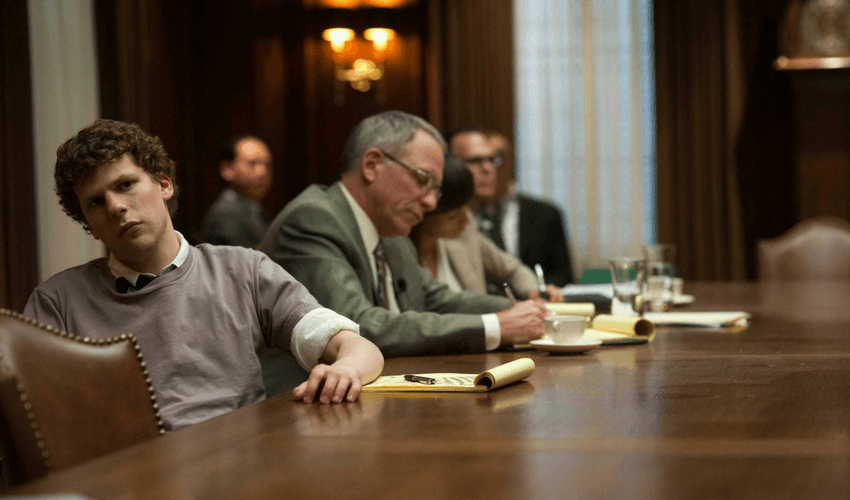 Based on a true story of the rise of Mark Zuckerberg and Facebook, this movie lands a place on the list of the best sales movies of all time because of the incredible origins of his story. What started as a project in his dorm room at Harvard, soon revolutionized our communications forever. While he was dealing with his newfound fortune, Zuckerberg also faces personal and professional complications.

The takeaway: Behind the sheer genius of his idea lies an incredible lesson to take away – figure out how to be of service to your clients and use that to your advantage. Use web tracking tools like Google Analytics to identify the most popular content on your website and ensure you deliver more of it.

This fast paced fanatic depiction of young stock jocks will get your pulse racing. The movie takes you inside the infamous “boiler room” where hyper-aggressive young salesmen hawk unsuspected clients over the phone.

The takeaway: In an era where many doubt cold calling, the movie yet again proves the significance of telephone sales. Although emails have taken over much of our interactions, 92% of customer interactions still happen over the phone, so ensure you keep the conversations flowing.

The nostalgic classic follows two door-to-door aluminum siding salesmen Bill (B.B) Babowsky (Richard Dreyfuss) and Ernest Tilly (Danny DeVito) who are mortal enemies in an industry that is known for shady business. This one of the best sales movies of all time is an homage to an era of improvised salesmanship delivered with humor and class.

The takeaway: This 60s dramedy is an excellent reminder that when one opportunity falls through, there is always another one around the corner.

The movie follows one extraordinary salesman Don Ready (Jeremy Piven) who rushes to the rescue of a rundown car dealership in Temecula. The exceptional agent and his tattered team put on an event to ramp up the sales of the Fourth of July weekend. The genius approach to sales is what grants this film a spot on the list of the best sales movies of all time.

The takeaway: The main takeaway from this highly enjoyable film is the sheer motivation to persevere even when your success is against all the odds. Employee engagement increases by an almighty 60% when they feel appreciated, so ensure you acknowledge their achievements with a bonus, an “employee of the month” title or something that will make them feel valued.

Ron Woodroof (Matthew McConaughey) is stunned by the news that he’s HIV positive and only has 30 days to live. An electrician by profession and a hustler by nature, he refuses to give in to despair. Instead of waiting for the medical establishments to save him, together with a fellow AIDS patient (Jared Leto) they start smuggling alternative treatments to save others and themselves.

The takeaway: Another great sales movie, if not the best from the recent years. This film depicts what makes a great sales rep – attitude, mindset and a little bit of hustling.

Two For The Money 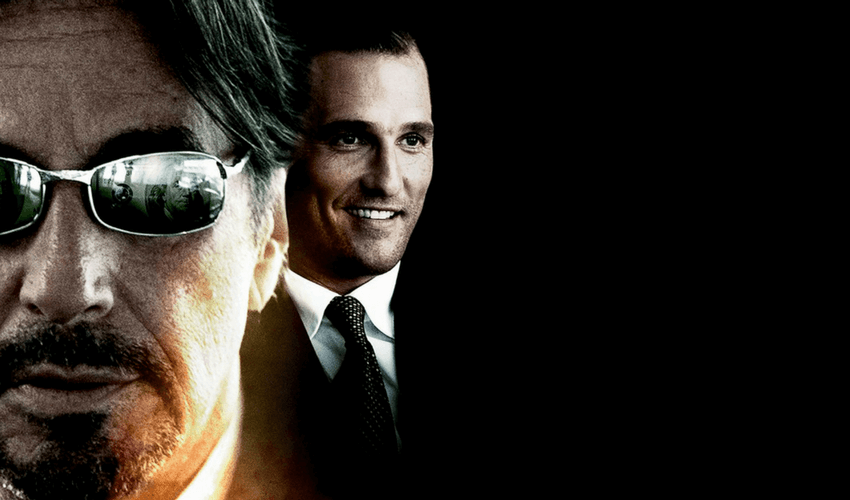 After a former college football star Brandon Lang (Matthew McConaughey) suffers a career-ending injury, he finds humble success in predicting game results. After a few successful predictions, he is handpicked to be the understudy and culprit to one of the most notorious touts (Al Pacino) in the sports-gambling business.

The takeaway: This is not a typical sales movie about a salesman; it’s a film that follows the development of one. Personal development in a workplace is a significant motivator – 68% of professionals consider training and development as the most important policy in a company. So, create plenty of opportunities for your team to grow and improve by hosting seminars and training sessions regularly.

So, above is a collection of the best sales movies of all time. Some will inspire, and others will teach a thing or two about closing a deal, but there is one recurring theme running throughout all of them, and that’s perseverance.

Chris is a marketer and a growth hacker here at Teamgate. He writes everything about sales management, online marketing, awards and the best new features coming out.